My Story —About Jean 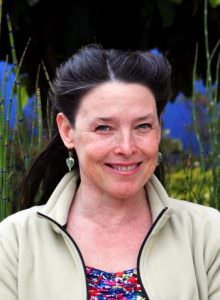 I have something practical to offer everyone who wants less pain and strain in their life, more ease, and more agility. I feel fulfilled as a movement educator, helping people transform distress into grace and ease.

But it wasn’t always that way…

Before I became a Feldenkrais Practitioner, I suffered from asthma as a child. On my road toward better health, movement helped my stamina. I was drawn toward a career as a performer. During a low point between gigs, I accepted a full time job as an office worker, where I injured myself more in three months than I ever had during my performing career as a dancer. My lower back went into spasm, I developed repetitive strain in my wrists, and I pulled both hamstrings by sitting improperly on my chair.

Fortunately, I enrolled in a professional training program to become a Feldenkrais Practitioner. In addition to improving myself, I now know how to address those common but serious challenges faced by so many people.

Even though I have a long history of teaching movement, plus years of professional training as a dancer, I had never experienced any movement method so transformational and profound as Feldenkrais. I first heard of the Feldenkrais Method® in the 1980s, when a friend of mine taught me an exercise to develop flexibility. 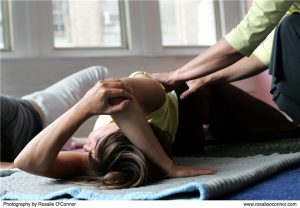 In 1993, I joined a four year professional training program from which I graduated as a Guild Certified Feldenkrais Practitioner. My own movement habits began to unwind and change in ways which surprised me. I became more appreciative of my natural reflexes as I developed a wonderful new sense of how to do many familiar actions with less effort, with more harmony in my body, and with a greater sense of my own creativity and potential. I was also surprised to find that my immune system seemed to improve, making it possible for me to recover from colds in about half the amount of time that it used to typically take. 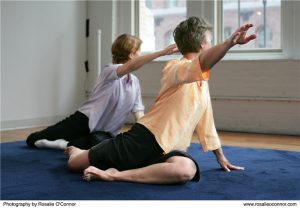 I am delighted to have found this method and to be involved in something which is so personal and practical at the same time. Far more than a simple recipe for improvement, I find Feldenkrais to be a profound process with the potential to transform an individual’s experience in ways which can surpass their expectations. This method has a depth and a variety which will keep me continually satisfied to learn more, to go further. I would love to share my enthusiasm for this method with you, by working together.

Excellence speaks for itself.  I encourage you to hear and read from those who’s lives I have helped.

A few weeks ago, my friend Bill invited me to a workshop led by Jean Elvin.  Now Bill is 75 years old and one of the most vital, healthy people I know so when he suggests something I take it seriously.  The workshop was an introduction to the Feldenkrais Method focusing on neck, arms and shoulders at City College and what a treat! Scott Mills, Ph.D.